The Research Center for Functional Molecular Systems presents the Netherlands Awards for Supramolecular Chemistry 2021, which recognize outstanding scientists in the field of supramolecular chemistry.

The Netherlands Supramolecular Scholar Award is awarded to Professor Alberto Credi. His interests are focused on the development of molecular systems and materials controlled by light; in particular, his contribution to the realization of logic devices, machines and motors of nanometer size is internationally recognized. He is professor of general and inorganic chemistry at the Università di Bologna and associate research director at the National Research Council of Italy (CNR). Alberto Credi is the sixth recipient of the Netherlands Supramolecular Scholar Award with Professors Rafal Klajn, Hanadi Sleiman, Kenichiro Itami, Helma Wennemers and Tanja Weil. Their contributions to science are inspiring to many Dutch chemists in the exciting field of supramolecular chemistry.

The awardees will be invited to undertake a lecture tour of The Netherlands and present their work at several universities.

The link to the Research Center for Functional Molecular Systems is here: https://fmsresearch.nl/

The faculty board of the Research Center FMS is composed of Bert Meijer (Eindhoven University of Technology), Ben Feringa (University of Groningen), and Wilhelm Huck (Radboud University Nijmegen).

The link to the Netherlands Awards for Supramolecular Chemistry is here: https://fmsresearch.nl/netherlands-award-for-supramolecular-chemistry/. 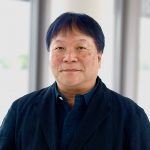 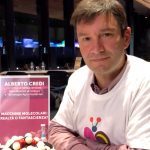