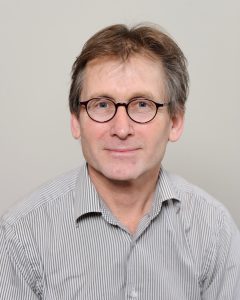 The Royal Netherlands Society of Engineers (KIVI) has awarded the Academic Society Award to Nobel Prize laureate Ben Feringa, Professor of Organic Chemistry at the University of Groningen. He receives the award in appreciation of the great importance of his research and the appealing manner in which he links science with society. The award ceremony is on 19 April, during Engineers’ Day.

‘Ben Feringa has managed to achieve breakthroughs in several areas that are fundamental to engineers, such as organic synthesis, catalysis, supra-molecular chemistry and nanotechnology. The Royal Netherlands Society of Engineers has decided to decorate him for his extraordinary research achievements and his excellent clarification of these achievements to the public at large. It is remarkable how he makes time in the media, at schools and in public lectures to make his work accessible to a wide audience’, says Micaela dos Ramos, Director of KIVI.

The KIVI Academic Society Award goes to professors who have distinguished themselves through excellence in research and their ability to link science and society in an appealing manner. The award is presented annually during Engineers’ Day.