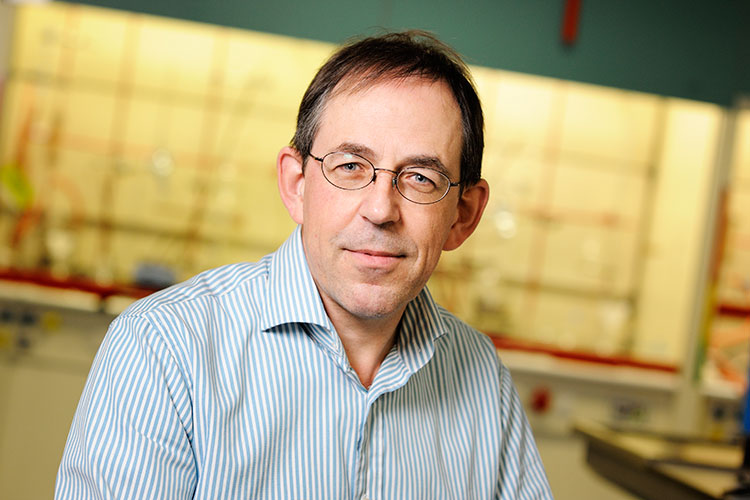 René Janssen, professor of Molecular Materials and Nanosystems at the Eindhoven University of Technology and member of the FMS Research Center, will be awarded a Spinoza Prize on September 14, 2015. This was announced today by the Netherlands Organisation for Scientific Research (NWO) during the Bessensap, an annual event that brings together scientists and press.

The Spinoza Prize is the highest Dutch award in science and is given to Dutch researchers who rank among the absolute top of science. It consists in 2,5 million euro to be used to continue their scientific research. The other winners of the 2015 edition of the Spinoza prize are professors Birgit Meyer (Utrecht University), Cisca Wijmenga (University of Groningen), and Aad van der Vaart (Leiden University).

Check the links below for more information from other sources: